The De-Institutionalization movement in Idaho in the late 1960’s resulted in the discharge of hundreds of individuals with mental illness from our state institutions. The vast majority of these individuals were subsequently relocated and admitted to group homes. As a result of the geographic proximity to State Hospital South in Blackfoot, many of these individuals were discharged to group homes and residential care facilities in Southeast Idaho. Some of these homes housed well over 100 individuals. While State Hospital South dropped from over 800 individuals, to approximately 200, the need for comprehensive community based mental services emerged. However, the mental health needs of those individuals who resided in residential care facilities in Southeast Idaho went unmet for nearly 20 years.

In 1991, Dennis Smith, J. Kelly Keele, and Steve Hansen made a decision to change all that. All three, having worked in the areas of mental health and developmental disability services for many years, began to advocate for state agencies to establish day treatment and individual community based services. To their dismay, they were informed that the resources did not exist to undertake such a project. The decision was simple. With no other options, Smith, Keele, and Hansen established such a program, and sought Medicaid funding. It was agreed that the program would be known as Joshua D. Smith & Associates (JDSA), in memory of Dennis Smith’s son, Joshua, who passed away as a result of a brief illness in 1985.

Since the first priority of JDSA was to initiate services for individuals who had been place in residential care settings over 20 years previously, the first location for the fledgling program was in Arco, 65 miles west of Idaho Falls. Within a few months, a program was established in Idaho Falls, and then Blackfoot. This proved to be a very difficult task, since few of the individuals served in those early months had been involved in any organized services for many, many years. However, the program slowly evolved into a therapeutic environment in which dramatic changes could be observed in the lives of those who participated.

Since it was required that services delivered in the newly formed mental health clinic locations had to be provided exclusively within the four walls of the clinic, JDSA began to advocate for a community based model which would allow for services to be offered out in the community. JDSA joined in the efforts of the Department of Health and Welfare, NAMI Idaho, and a small group of other mental health providers from around the state, to advocate for such a program. In 1995, it finally appeared that such a program would be established and funded. JDSA was the first provider in this area to be approved to provide what is referred to today as Psycho-social Rehabilitation. JDSA also began to provide Targeted Case Management services. While some of our original locations have changed, JDSA currently maintains two primary program locations in Idaho Falls and Pocatello. In addition to our Mental Health Clinics, Psycho-social Rehabilitation and Targeted Service Coordination offerings, JDSA has also established Dual Diagnosis programs in those areas we serve, and are always open to exploring new and better ways to meet the needs of those we serve.

Joshua D. Smith & Associates continues to advocate for, and develop programs and services to meet the needs of adults in Southeast Idaho with mental health conditions. The primary emphasis of those services has been, and will remain to be, focused on the concepts of recovery, independence and quality of life for those we serve. We are passionate about these principles, and thank you for joining us in this endeavor.

Joshua D. Smith and Associates is pleased to offer a free Veterans Group on the first and third Thursday of each month.  Ethan Smith, LCSW, donates his time to facilitate this group as he believes Veterans sometimes heal themselves best when they have the support of those who have walked in their shoes. 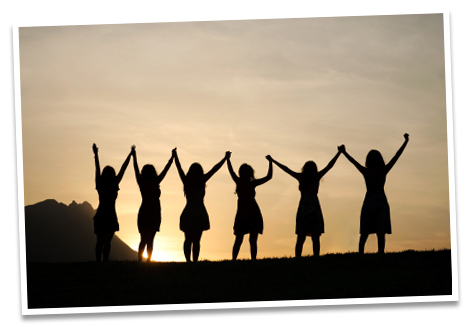 Joshua D. Smith and Associates is pleased to announce a free Women’s group the 2nd Wednesday of each month.    Linda Snell, LCSW,  hopes to facilitate discussions for women who are dealing with Veterans who have PTSD,  female Veterans with PTSD,  and spouses who are struggling to readjust to civilian life alongside their partners.